Skip to Content
Home / Strength Training / What Does A Weightlifting Belt Do? 4 Benefits You Should Know 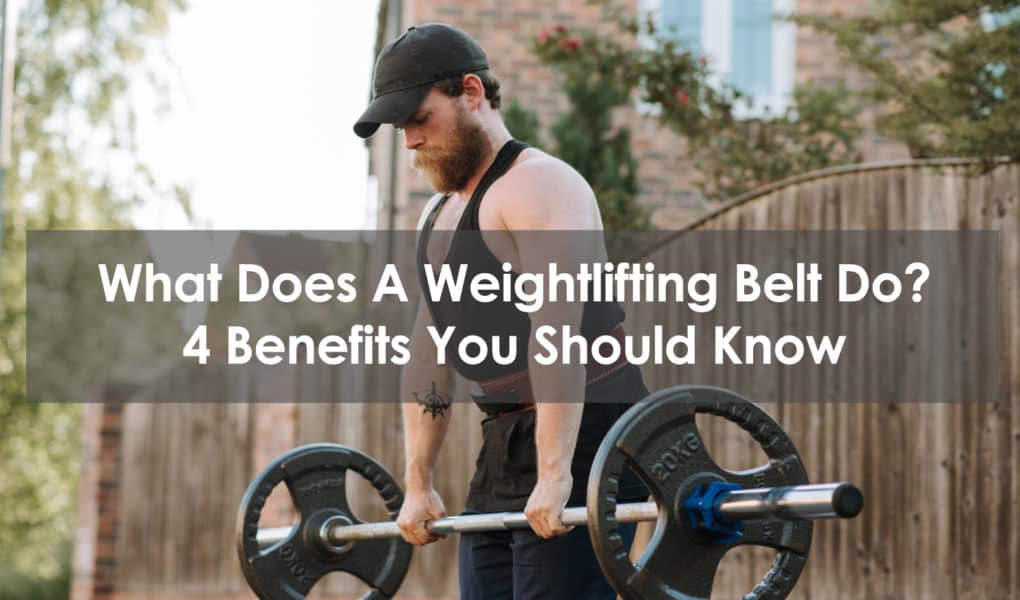 Heavy lifting requires as much preparation as possible. You, obviously, need to be capable of lifting those heavier weights and this strength comes from regular training and progression.

Another form of prep that you may have seen some people do before lifting a heavy weight is strapping on a weightlifting belt. This belt helps to prevent injuries, particularly in your back, by increasing pressure around your spine to provide support. This can also help improve your overall form in certain lifts.

We’re going to dive into the benefits of wearing a weightlifting belt, how to wear one properly and when you should avoid using one.

The effects of a weightlifting belt

The main aim of wearing a weightlifting belt is to protect your body from injuries while performing heavy lifts. More specifically, a weight belt helps to stabilize your spine and prevent it from being put under too much strain while lifting a heavy load.

The way this works is that the belt increases intra-abdominal pressure around your spine, keeping it more stable and protected. Essentially, the belt creates some internal pressure to promote a more rigid core.

2. It engages and activates certain muscles

Muscles like your abdominals and spinal erector muscles are engaged and activated by the belt to protect your lower back from becoming injured or experiencing pain during or after the lifts. Your core muscles are not just your abs; they surround the lower portion of your spine and need to be doing their job when performing a heavier lift.

3. It reduces the risks of overexertion or hyperextension

By increasing intra-abdominal pressure, a weightlifting belt reduces the chances of your lower spine becoming over-exerted or hyperextending, which can be a common issue when performing certain lifts.

Further to this, a tight belt can also create a sort of wall around your spine, limiting its movement. This ensures it remains in the correct position while you execute these movements and is particularly helpful during overhead lifts.

4. It helps with proper form

This also helps you achieve proper form, as the pressure of the belt reminds you to keep your core and spine in the correct positions and dissuades you from moving out of the proper range of motion. This helps to reduce the risk of injury but also maximizes the benefits of your lifts, leading to more gains in strength and size.

It should be noted that wearing a weightlifting belt too frequently can have some adverse effects, the most prominent one being a reduction in core strength. Your spinal erector muscles and abdominals in particular may become slightly underdeveloped if you are using a weight belt for every lift.

This is because the belt essentially does its job for them, meaning they are not being put under much resistance during these lifts and therefore aren’t growing in strength and endurance.

Also, even when getting the maximum benefits out of a belt, it will not have a significant impact on improving performance. No piece of equipment or apparel, whether it’s a belt or a pair of weightlifting shoes, will make you stronger.

A belt simply helps protect you from injury and maintain proper form. In the long run, this will certainly help you reach your lifting goals and become stronger, but only by virtue of keeping you on the right track.

How to wear a weightlifting belt

There are a few different types of weightlifting belts but, in general, they are all worn in similar ways. As mentioned, the belt should wrap around your core muscles, and it should sit just below your rib cage and slightly above the top of your pelvis.

Related Post:  Why Are My Arms So Skinny? 7 Mistakes You're Making

Velcro belts are the easiest to put on, though they are also more likely to become undone during lifts. Whether your belt uses velcro, a latch, or buttons, you should always make sure it is worn with the optimal level of tightness.

The belt should not be so tight that you can’t take a deep breath while wearing it, however, it should be tight enough that you are unable to fit your hand between the belt and the skin of your torso. Obviously, you also don’t want the belt moving around while you’re doing your lifts.

You should remove the belt between sets to allow for more natural breathing and to ensure there isn’t sustained pressure on your core muscles, before ensuring the belt is properly reattached prior to every new set.

As there are many types of weightlifting belts, you also need to ensure you’ve chosen the correct belt size when you first purchase it. Most will have a generous amount of adjustment available so this shouldn’t be too much of an issue, but you don’t want to choose one that ends up being too small, or too big, even at its highest and lowest settings.

Weightlifting belts, although not necessary for recreational lifting, can help protect your lower spine from injury by increasing intra-abdominal pressure and promote proper form by keeping your core and back in the correct alignment.

The benefits of lifting belts are focused more on prevention and maintenance, rather than the immediate improvement of performance. However, over time, keeping correct form and avoiding injury will lead to progressions in strength and allow you to execute heavy compound power lifts if that is your goal.

Related Post:  When Is The Right Time To Start Wearing A Weightlifting Belt?

These belts should only be used sparingly though, especially if you are working to develop a strong core. Using a weight belt too much can actually weaken your core muscles and also affect your blood pressure.

Can I squat heavy without a belt?

Yes, you certainly can and many people do. A belt isn’t necessary to perform a huge lift such as a one-rep-max squat, provided you have perfected your form and are properly prepared. If done with bad form, squats can lead to back pain and even injury.

However, if you have steadily worked your way up to a heavy weight by maintaining proper form throughout your training, then you can absolutely squat heavy without a belt. That being said, some people appreciate the reassurance and added support of a lifting belt.

Should I wear a belt while benching?

In theory, no. When performing a bench press, you are lying back on a flat bench and so your spine is already in position and is not taking on much of the load, thus reducing the need for a lifting belt.

You may have seen some people wearing a belt while benching but it isn’t necessary or encouraged. Your core should be firm and strong while benching and while a belt can help with this, you shouldn’t be depending on it. 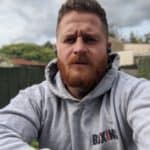 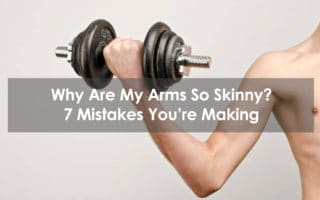 Why Are My Arms So Skinny? 7 Mistakes You’re Making 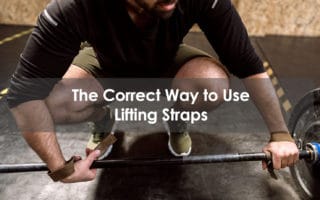 The Correct Way to Use Lifting Straps 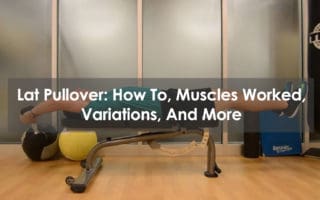 Lat Pullover: How To, Muscles Worked, Variations, And More