Skip to Content
Home / Nutrition / What is the Metabolic Confusion Meal Plan? 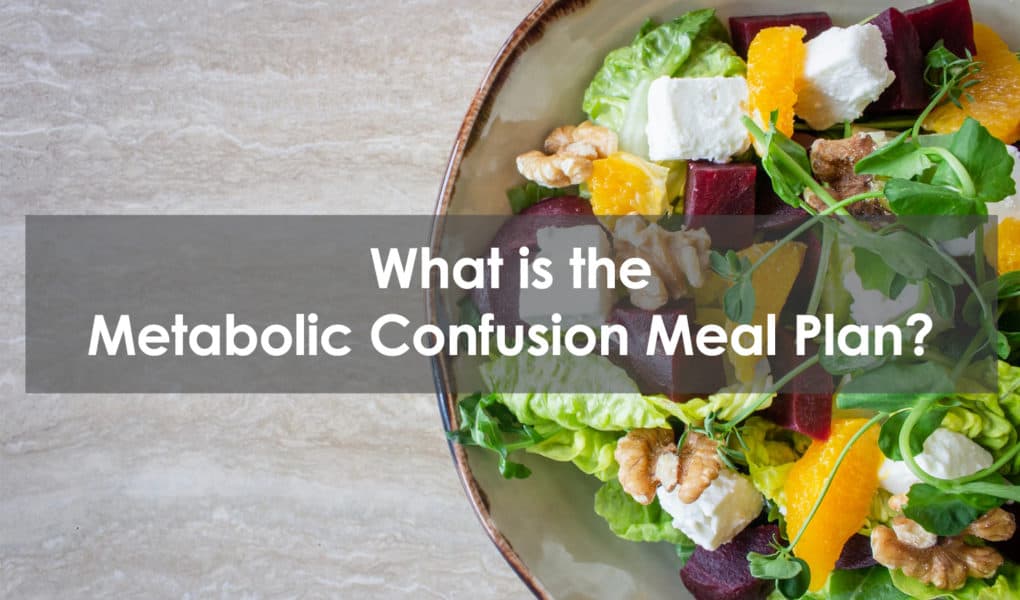 The word metabolism represents all of the chemical reactions within our bodies that convert food into energy. Each person’s metabolic rate is unique, with some being fast while others are slow.

The faster your metabolic rate, the more calories you’ll be able to burn. Followers of the metabolic confusion diet claim that it will force the metabolism into working harder to produce a greater calorie burn.

In this article, we’ll take a close look at the metabolic confusion diet to find whether it really works and what, if any, drawbacks it has compared with conventional diets.

What is the Metabolic Confusion Diet?

So, what do high and low calories look like? That is individual to each person based on their body size and activity level. As a general guideline, however, 1200 calories is given as a baseline for a low-calorie consumption period and 2000 calories for a high-calorie period.

The idea behind this diet plan is to keep the metabolism ‘confused’ in order to speed up the metabolic rate so that you end up burning more daily calories. It also helps with compliance by allowing for breaks from low-calorie eating. This provides more flexibility than is normally the case with a calorie-restricted diet.

People who follow the metabolic confusion diet plan are encouraged to exercise while they are on the diet.

Will the Metabolic Confusion Diet Help You Lose Weight?

The combination of regular exercise and the overall reduced food intake that you will get will lead to a person being in a caloric deficit. This means that they will be using up more calories than they are taking. If this is maintained, it will lead to weight loss as the body burns body fat for energy.

Related Post:  How to Suppress Hunger Without Food (Backed by Science)

Followers of this diet believe that the constant adaptations that the metabolism is forced to go through on this diet make it work harder. The harder it works, the more calories it will burn. There is, however, no research to support this belief.

A benefit of the metabolic conditioning diet is that it will help to avoid the slowing of the metabolism that can occur with a calorie restriction diet. When you drop your calories for an extended period, the body’s starvation response kicks in to produce a slower metabolism. This phenomenon, known as adaptive thermogenesis, is done to prepare for an impending upcoming famine.

Because you are changing constantly between high and low calories, your body will not undertake this calorie-slowing adaptation. This will help you to burn more calories over the long term.

A 2014 study compared the effects on the metabolism of a traditional calorie restriction diet with a metabolism confusion type diet. The group who are low calories constantly had a significant decrease in their resting metabolic rate (RMR) and a corresponding slower metabolism. Those who switched between high and low calories, however, had no change to their RMR.

Another study, however, showed little difference between the weight loss results between two groups who followed steady and adjusting diets over a period of a year. This may suggest that the results diminish over the long term.

More research into the long-term effects of a calorie manipulating diet is needed before any definitive conclusions can be reached. However, we can safely say that the metabolic confusion diet can help to prevent adaptive metabolic closing down and avoid boredom, and appears to be more sustainable than a standard low-calorie diet.

Related Post:  Can You Build Muscle Without Creatine? 5 Things To Do

This diet may also help with insulin sensitivity.

Are There Any Drawbacks with Metabolic Confusion Dieting?

There are a few potential drawbacks to the metabolic conditioning diet.

This is quite a restrictive diet that required you to eat no more than 1200 calories on several days of the week. Even though you are switching to high-calorie intake periods after this, it may still be hard for some people to sustain such a low caloric intake.

There is very little research into this specific diet. The studies that do exist are more geared towards calorie-shifting and continuous cycling diets and even those have produced contradictory results.

There is also no such thing as a ‘confused metabolism’. The human body is amazingly adaptable and will simply reset itself to accommodate whatever caloric intake it is faced with.

Even though the metabolic confusion diet is different from a standard reduced-calorie diet, it is still a diet. There is quite a lot of research to indicate that people who go on a diet will end up with a rebound effect once they come off the diet. This often sees them putting on more weight so they end up heavier than they were in the first place.

The metabolic confusion diet plan appears to be most effective as a short-term aid to weight loss. We will have to wait for more research to emerge before we can be confident about its long-term effects.

The low-calorie days may be hard to sustain over a long period of time, making this quite a restrictive diet. To avoid feeling hungry or deprived, you should include 3-4 days of high-calorie eating each week. This may involve doing 2 high-calorie days for every low-calorie day. Experiment to see what works best for you.

Related Post:  8 Foods That Go Straight to Your Bum

Research tells us that the healthiest and most sustainable way to lose weight is to cut back by around 500 calories per day while following a nutritious diet and doing a combination of strength and cardiovascular types of exercise.

Other popular diets that we recommend are the 28-day keto diet menu plan, higher protein diets, the dukan diet, and the intermittent fasting diet.

What is the metabolic confusion diet?

The metabolic conditioning diet alternates between high and low-calorie eating periods. Some versions of the diet involve switching from day to day, while others have you eating low calories for a week, then switching to high calories for a few days. The baseline caloric levels are 1200 on low-calorie intake days and 2000 on high-calorie intake days.

Is the metabolic confusion diet effective enough to lose weight?

Yes, the metabolic confusion diet is effective enough to lose weight. It will help a person to establish a negative daily calorie intake, where they are burning more calories than they are taking in. This diet will also prevent the body from slowing down its metabolism, which often happens with low-calorie diets.

Does the metabolic confusion meal plan work for endomorphs?

Yes, the metabolic confusion meal plan can work for endomorphs. Endomorph body types have a tendency to put on weight, so a diet like this which results in a caloric deficit, if sustained, can help the body burn fat for energy instead of glycogen.

What foods should you eat on a metabolic confusion diet?

On the metabolic confusion diet, you should eat foods that are high in protein, low in carbs, and have medium fat content. Good foods to include are frozen yogurt, raw vegetables, vegetable soup, greek yogurt, brown rice, and skim milk. 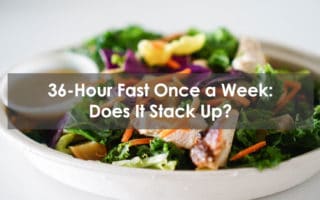 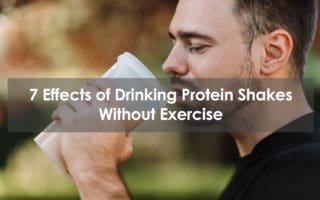 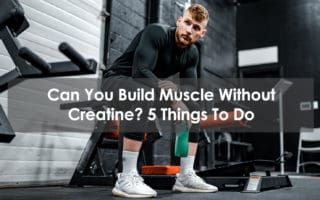 Can You Build Muscle Without Creatine? 5 Things To Do