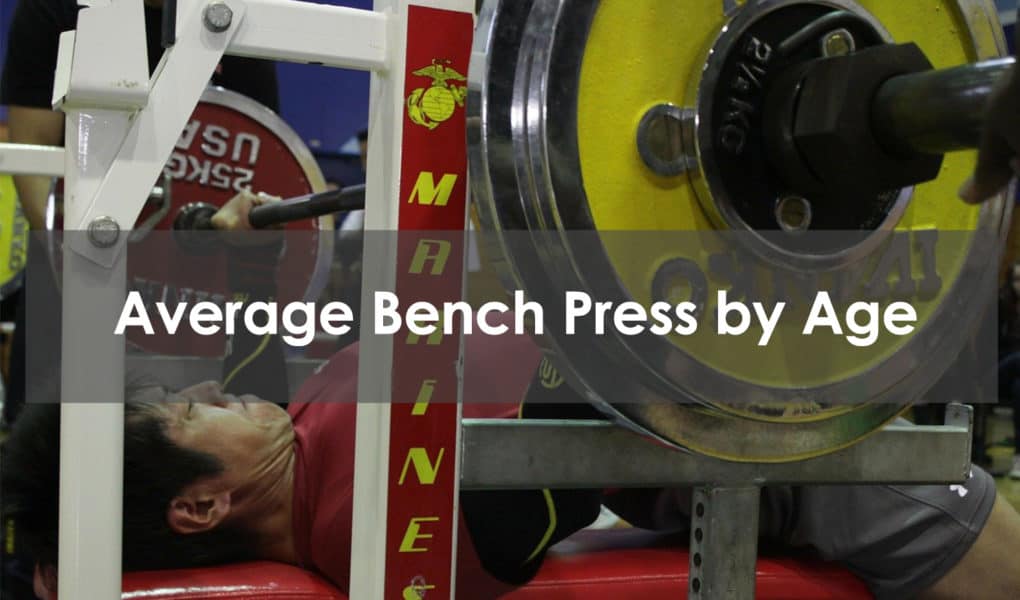 The bench press is considered by many to be the ultimate test of power upper body strength. It is an exercise that many people fixate on, becoming determined to get stronger at the exercise for its own benefit, rather than as a tool to build muscle. In this article, I will analyze the average bench press that is represented by different ages. This will give you a good gauge of where your bench press strength level is at.

Bench Press Weights as a Percentage of Bodyweight

So, if we were to simply give an expected bench press weight for each age group, that would be quite an inaccurate guide. After all, a 250-pound 30-year-old guy is probably going to be able to bench press more than a 130-pound guy. That is why, in this article, I will provide the average adult bench press by age as a percentage of a person’s body weight. To help you see how this relates to actual numbers, I will also give several examples of the weights involved.

Getting Stronger on the Bench Press

The amount of weight you can lift on the bench press depends on the amount of time you have been practicing the exercise and the proper technique you use. Most people make very rapid strength improvement when going from an untrained to a trained state. In fact, after about 3 months of training, many people are able to double their strength on the bench press.

If you are a novice lifter on the bench press, use just the bar and focus on proper form. I recommend either hiring a personal trainer to train you on the correct technique or having an experienced person to guide you.

For strength improvement, you should build up to doing sets of between 2 and 6 reps. Make sure that you have a spotter standing by to help you if you get stuck.

Women are naturally weaker than men. That is because they have far fewer anabolic hormones, especially testosterone and human growth hormone. Women also have a smaller bone structure. As a result of these factors, the averages for a female lifter should be 15-20 percent lower than those for men.

In your 20s, you are at your greatest strength potential, with testosterone and human growth hormone levels at their highest. The age-related loss of muscle tissue hasn’t significantly kicked in yet, leaving you at your physical best.

Keep in mind that we are talking about averages here. Many trained individuals will be able to bench press a heavier weight than their bodyweight while they are in their 20s.

Between the ages of 30 and 39, men will see a drop off in testosterone levels by several percent. This will affect their strength level and their muscle mass. As a result, they will not be as strong as they were in their 20s.

Related Post:  Are Vans Good For Lifting? An Ultimate Review

As you get into your 40s, the effects of age are beginning to show a more significant effect. That continued loss of testosterone and muscle mass will continue and your energy levels will be lower. As a result, you will not be as strong as you once were. A man in his 40’s who is trained will still be about 20 percent weaker than he was in his 20’s, assuming that he was training at the similar intensity in his earlier years.

Most people in their 50s, adopt a more sedentary lifestyle than they had in their earlier life. This often results in weight gain and a loss of strength. Of course, the age-related loss of testosterone and muscle mass will continue.

What About People Under 20?

A 13-year-old boy should be able to bench press 80 percent of his body weight. For a girl, that figure is 70 percent.

For a 14-year-old boy, the average bench strength is 100 percent of their body weight. Girls at the age of 14 remain at 70 percent.

The bench press is an exercise that you can quickly get stronger at. Use this article as a guide to how you are progressing in your bench press numbers. Then train consistently and smartly to beat the average!

Yes, 225 is a decent bench press number for a man. Depending on his age and weight, he should be able to bench press anywhere between 70 and 100 percent of his body weight. If a man weighs 200 pounds, a bench press or 225 pounds would be considered above average.

How much should a 15-year-old boy be able to bench press?

What muscles does the bench press work?

No, a flat bench, inclined bench, or decline bench will not allow you to isolate different parts of the chest.

Why Do Powerlifters Sniff Ammonia? 6 Reasons Why 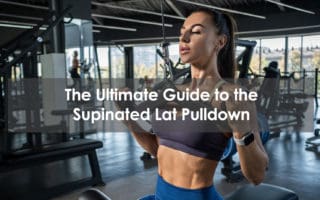 The Ultimate Guide to The Supinated Lat Pulldown