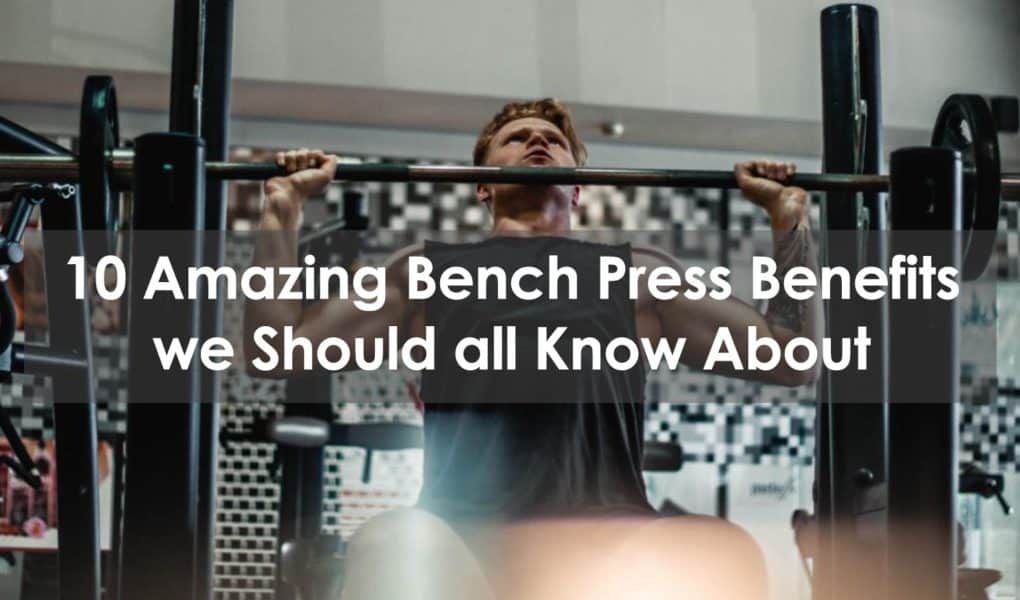 Arguably the most popular exercise in the world.  The bench press.  Everyone does it (probably too much) and knows that it’s n excellent movement to build muscle mass and strength.  Or does it?  Why should we bench press?  What are the best benefits that the bench press delivers?  In this article, we will go over the top reasons you need to do this movement; some obvious and some not so much.

An Overview Of Bench Pressing

The classic barbell bench press has been a staple of the gym since it first started to become mainstream, and even before.  The flat bench is the first exercise that most trainees begin to use when wanting to get to build some massive pectoral muscles (fancy term for the chest muscle).   In addition to the chest, the bench press and bench press variations will also train the triceps and anterior deltoids.  All that being said, the bench press is the best compound exercise to increase upper body strength and increase horizontal pressing power.

1. Increase Your Pressing Strength In The Upper Body

As mentioned above, the bench press is the best exercise for increasing your pressing power, specifically in the horizontal plane.  Developing pressing strength is not only an important skill to acquire in its own right, but it carries over to a huge range of other movements.  Increasing your pressing strength on the bench press likely means you’ll have. a larger incline press, overhead pressing, and dumbbell press.

Even though the bench press is known for building the pecs, it’s actually a tremendous mass builder for the triceps.  It’s not hard to see why when you examine biomechanics.   When the barbell gets down to chest level, you can see a significant amount of elbow flexion.  In addition, there is a long-range of motion where the triceps are extending the arms on the concentric portion.  Even further, being that the bench uses so much muscle, you are able to place a significant load on the triceps.  This is especially true for the eccentric contraction as this part of the movement has been found to be most responsible for hypertrophy.  All that together means that building a heavy bench will equate to having some massive triceps!

The bench press exercises definitely focus on the chest, triceps, and shoulder muscles but you can actually engage the entire body if you use proper body position.  For one, the bench press is going to use your stabilizer muscles as they must fire due to the balance demands of the bar path while maintaining stability.  Further, when the bench press is performed properly, you will get muscle activation in almost every area.  The abdominal muscles, forearm muscles, back muscles, legs; all receive a significant amount of muscle activity when performed correctly.  It takes some time to learn the proper movement so be sure to take the time to educate yourself.

Related Post:  10 Genius Pull-up Alternatives You Can Do Anywhere

4. Burns A Lot Of Calories And Great While Cutting

When looking at a strength movement, its ability to increase strength is the number one priority; however, it doesn’t hurt if it burns extra calories as well.  As mentioned above, the bench press is a full-body workout which means it’s going to use a lot of energy to perform; and by energy, we mean calories.  Don’t be fooled into thinking that only cardio can burn calories as resistance training does to PLUS it builds muscle.  There’s also reason to believe that performing heavy compound movements are better to use to retain muscle mass when in a caloric deficit.

5. You Can Actually Compete!

This is a unique bonus as the bench press is one of the few movements in which you can compete competitively.  This can be done in either a full powerlifting meet or in a bench press-only competition.  This can be of great interest for those who like to compete or it can give you an applicable goal for lifting weights!

6. Can Be Used For Both Strength And Muscle Growth

One awesome part of using big compound exercises is that they are perfect to build both hypertrophy AND strength at the same time.  Many new trainees confuse this and think that they must use isolation exercises to build muscle.  However, multiple studies have shown that compound exercises used in conjunction with progressive overload are just as effective in producing muscle hypertrophy as isolation movements; plus you get the added strength gains that isolation exercises don’t deliver on.  This means you can spend less time in the gym or work on other areas such as core or conditioning.

7. There Are Multiple Variations To Use

The bench press can be a lot more than just one exercise with minimal alterations…however, it all starts with the bench!

As mentioned above, the bench press is the best exercise there is to improve upper body horizontal pressing strength.  It just so happens that this movement is used heavily in sports.  Sports such as American football, rugby, basketball, and hockey which involve a lot of forwarding contacts require high amounts of pressing power unless you want to be the one being pushed over.  This is because the traditional bench press is actually an extremely effective functional exercise that mimics real-world movements.  It is widely used by these athletes to increase their sports performance and so should you.

9. Can Be Used At All Levels

The traditional barbell bench press is one movement that you will never grow out of.  Beginners, novice lifters, and elite can all use the bench press exercise to increase their upper body strength and put on some massive size. In fact, so can decline bench presses and incline bench presses.  Because they use a barbell and weight plates, it is very easy to utilize progressive overload and continue growing for decades.  You can use heavier loads, more reps, or more sets in different combinations to elicit the adaptions that you want.

Healthy bones are just as vital for optimal health as strong muscles.  Luckily, strong bones can be built in the same manner as weight lifting, by gradually heavier weights on them.  This causes tiny little stress fractures to occur which are then repaired by osteoblasts.  This results in a stronger and sturdier bone.  In order to produce this effect, a sufficiently heavy load must be placed on the bone, preferably in a downward direction straight through the bone (opposed to pushing out at an angle).  In fact, a strong positive relationship has been found between resistance training and bone density.  To be clear, only the bones involved in the training receive the benefit so the bench press will only improve the bones involved, mainly those in the arm.

Related Post:  The 10 Best Cable Exercises for Your Back - Strengthen, Tone, and Protect

That’s More Reasons To Include In Your Workout Routine

Is benching 3 times a week bad?

It depends, are you improving?  If you are then it’s fine.  If you’re not then it may be too much.  Most research suggests that you definitely should train a muscle twice a week while some questions still remain regarding three times a week.  With that in mind, realize that most lifters only train bench 1-2 times a week (but do 2 times).

How much should I be able to bench press?

Girls will want to aim to hit at least their body weight to be deemed good at bench pressing.

Is bench press good for your chest?

Yes, but not to the extent that many seem to think.  Many incorrectly think that the bench press is the best exercise for the chest muscles; it’s good but not that good.  However, that also doesn’t mean you shouldn’t do it.  Other upper body lifts are nowhere close to their effectiveness in creating pushing power.  Further, it actually works the triceps brachii to a much greater extent than most think so you’ll build some massive arm muscles! 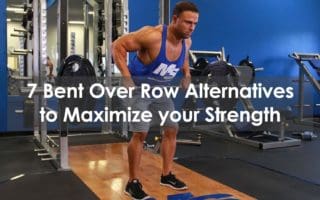 6 Bent Over Row Alternatives To Maximize Your Strength 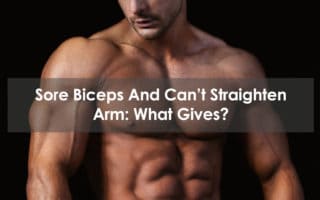 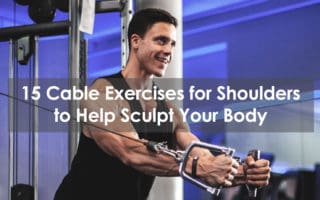 15 Cable Exercises For Shoulders To Help Sculpt Your Body