Skip to Content
Home / Fitness / Glute Ham Raise vs. Back Extension: What’s The Difference Between These Posterior Chain Exercises? 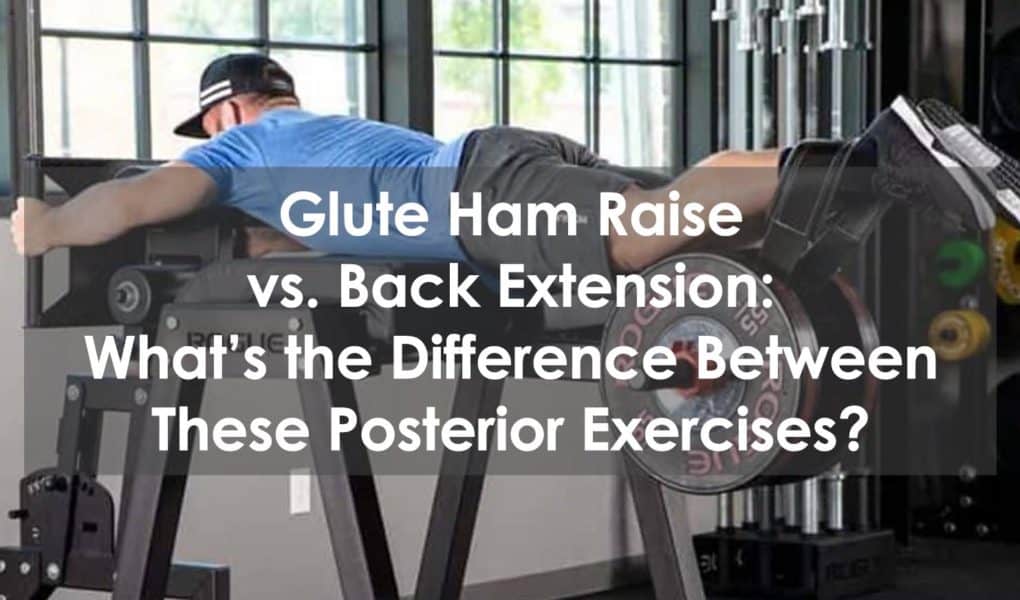 The glute ham raise and back extension are two of the best exercises that are used by by athletes and regular gym trainees to increase the strength, muscle hypertrophy and endurance of the posterior chain muscles (hamstrings, glutes, erectors).  Without a doubt, both of these are amazing accessory exercises that can improve your main lifts, athletic performance, and prevent injury.  However, although they look very similar, they do some have some important differences that you should be aware of.  Here, we will examine these two awesome posterior chain exercises so that you can decide what you should do.

What Is A Glute Ham Raise?

As mentioned, the glute ham raise is most often performed using a GHD machine.  The feet are secured and the body resting so that the hip pads sit just below the hips.  The trainee lowers their body down and then pulls the body up into a kneeling position.  This is what separates the glute ham raise as the trainees pull the body up mainly through knee flexion.  There is also sometimes more hip flexion at the bottom of the movement.  This puts a lot more emphasis on the hamstrings and glutes.

What Is A Back Extension?

1) The first way is to set the hip pad so that it sits below the pelvis.  The legs are kept straight (no knee flexion or minimal for comfort) and the trainee lowers the body while maintaining a straight back.  This will train the erectors isometrically and the hip extensors dynamically.  Technically, this is actually hip extension.

2) The second way, which is actually back extension, is by placing the pad above the pelvis.  The legs are kept straight in the exact same way but now the torso curls down and then up.  This method trains the erectors dynamically and the hip extensors with an isometric hold.

However, when most people are talking about the back extension movement, especially in the context of comparing it to glute ham raises, they are referring to the first method.  Since the hip hamstrings are kept straight, this puts much more focus on the erector muscles of the back.

What Are The Similarities Between The Glute Ham Raise And Back Extension?

As mentioned, both of these exercises will work your entire posterior chain to some degree.  The muscles include:

The other similarity is that they are performed as accessory movements.  This can be to aid in the performance of another lift, for rehabilitation, or injury prevention.  They can be performed either at the end of a session or on a specific accessory day.

While both exercises do require a special piece of equipment to perform the movement, both are body weight exercises.  This means that your body weight acts as the resistance rather than an external load.  While you can use some form of weights, this is optional.

One other similarity is that you should be doing them, or at least one of them.  They are both severely underutilized in the gym for some reason but they shouldn’t be.  These are some of the best exercises that you can add to your training program to instantly improve your performance.

Glute Ham Raise vs. Back Extension: Which Is Better For The Hamstrings?

If you are interested in training your hamstrings, you are going to want to focus on using glute ham raises.  The two main movements of hamstrings are:

You can think of the glute ham raise as a type of leg curl except that your are moving a lot more weight and the ROM is much larger.  This is because instead of curling your legs to your body, you are curling your body to your legs.

Glute Ham Raise vs. Back Extension: Which Is Better For The Glutes?

While many would guess the glute ham raise (as “glute” is in the name), this isn’t necessarily true.  The problem is that the glute ham raise works the hamstrings so well, that they can often fatigue well before the glutes get an adequate stimulus.  Further, as mentioned above, the way that the back extension is usually performed is actually hip extension which is one of the primary jobs that the glutes are responsible for.

You can also adjust the set-up to make the back extension an even better glute exercise.  By positioning the pads higher and closer to the hips, you will effectively decrease the activation of the hamstrings and increase the need of the glutes to bring the body up.  Plus, you are able to flex the hips to a higher degree.  Think about if the pads are lower on your thigh; your hamstrings will have to work in over time to keep your body erect and it will be very difficult to flex at the hips.  If the pad is closer to the hip joint (but not on or above the hips), you will be able to have more support and flex the hips more.

Glute Ham Raise vs. Back Extension: Which Is Better For The Lower Back?

In both of these exercises, the lower back is worked in a similar fashion by using an isometric contraction to keep the back straight.  Therefore, you must see which one allows more volume and load.  This would be the back extension.

Glute Ham Raise vs. Back Extension: Which is Better For Beginners?

The back extension.  The glute ham raise is an amazing exercise to develop strong hamstrings.  However, there are two issues with it when prescribing it to beginners:

1) It is more complex: The glute ham raise is a bit more difficult to perform when compared with the back extension.  Many new trainees just won’t have the athleticism needed to get in position and perform the movement correctly.

2) It is hard!: Putting the complexity of the movement aside, the glute ham raise is still an extremely difficult movement to perform that requires a certain level of strength to even get one rep.  This means that it is impossible for many new trainees to even perform.  Even still, it is common for seasoned lifters new to the movement to wake up the next morning with DOMS as never before.  This is a testament to it’s effectiveness but it is definitely not a beginner’s exercise

How To Train The Glute Ham Raise And Back Extension

Both of these movements should be trained near the end of either your back or pulling day, depending on how your training plan is set-up.  Other then that, there will be some differences with how they are trained.

Back extensions are generally performed with high reps of at least 15 while some trainees may bust out 50 at a time.  This will depend on your strength level and your goals for performing them.  However, these are never done with with loads with heavy weight.

Glute ham raises are more of a strength exercise and are usually performed with lower reps; sometimes just 3.  Part of this is merely due to their difficulty.  Regardless, if you can perform high reps then that’s awesome.

Other than that, you would be best to (try) and train them through a wide range of reps.

You can also increase the load as well if you need.  You can simply hold a plate or dumbbells as you perform the exercises if you want higher resistance for more strength building.

What can I use instead of glute ham raises?

There are many different exercises that you could do instead of glute ham raises.  Back extensions for example.  However, the most common alternative that directly simulates glute ham raised are Nordic curls.  These are done by kneeling on the ground and having a friend or trainer hold your ankles.  You then keep a straight torso and slowly lower your body down.   These are done doing the eccentric portion only.  You may support your body with your hand as well to begin; these are hard!

Why Are Strong Hamstrings and Glutes Important?

These muscles are the powerhouse of the body.  They are responsible for the vast majority of athletic movements including sprinting.  Being that they are used so much, they are often common sites of injury, specifically the hamstrings.  Specific hamstring training has been found to be one of the best preventative practices one can do to mitigate injury to this region.

What is a Hyperextension? 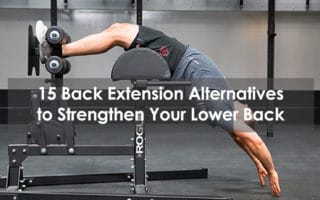 15 Back Extension Alternatives To Strengthen Your Lower Back 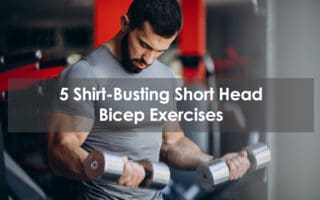 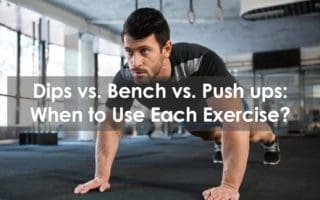 Dips vs Bench vs Push Ups: When to Use Each Exercise?