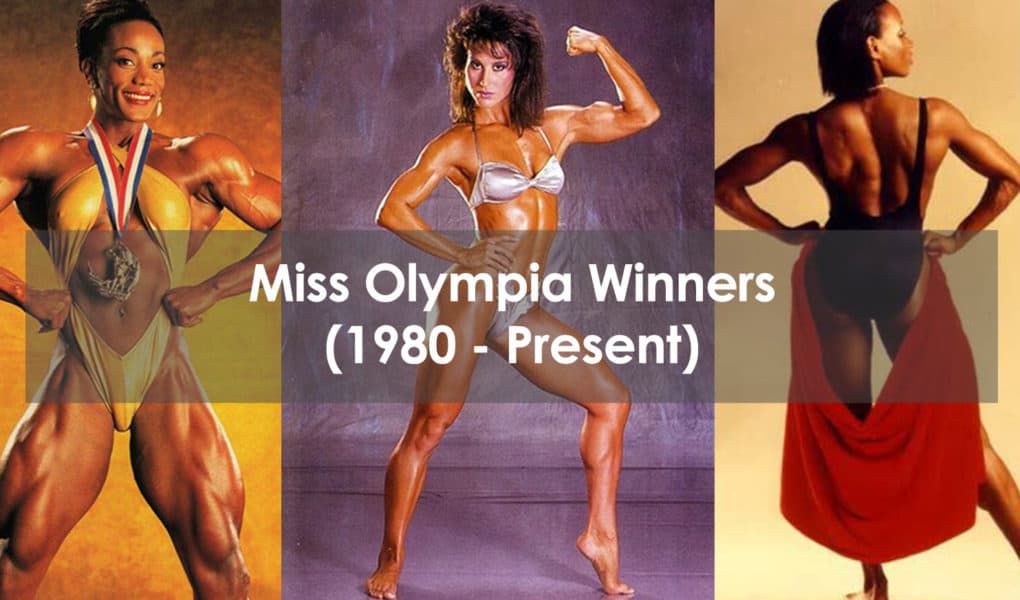 Miss Olympia is the ultimate title in professional women’s competitive bodybuilding. The female equivalent of Mr. Olympia, this female bodybuilding competition was inaugurated in 1980 under the umbrella of the International Federation of Bodybuilders (IFBB). It ran continuously from 1980 until 2014. It was then relaunched in 2020. There have been a total of 12 holders of the title of Mis Olympia.

The first Miss Olympia was Rachel McLish. Rachel was a successful health club owner who was encouraged to compete as a bodybuilder to promote her business. She had a very aesthetic and athletic physique that had widespread appeal without being too muscular. In the 5 years following her first Miss  Olympia title, Rachel McLish appeared on more magazine covers than any other woman.

In 1981, Rachel was beaten by Finnish pro bodybuilder and future politician Ritva Elomaa. However, in 1982 Rachel regained her title. By 1983, female bodybuilders were developing more muscular physiques. That year, Rachel chose not to defend her title and the crown went to the more muscled Carla Dunlap. From then on, a new level of physical development was brought to the female professional bodybuilding stage.

In 1984, Carla was defeated by a first-time competitor named Corinna Everson. Corinna would reign supreme throughout the remainder of the 1890s as she created a 6-year dynasty. The blend of sexy athleticism and chiseled muscle the Cory Everson brought to the stage set the standard for female bodybuilding at that time.

In 1990, the vacant title of Miss Olympia was won by Lenda Murray, who narrowly beat Australian former powerlifter Bev Francis. Lenda brought a whole new level of muscularity to women’s pro bodybuilding. Her first win was also the first time that the Miss Olympia competition was screened live on TV.

Lenda went on to establish her own 6-year dynasty, finally being dethroned in 1996 by Kim Chizevsky. Kim had been the runner-up the previous year but her victory still came as a shock to many who regarded Lenda as undefeatable. The following year Kim proved that her win wasn’t a fluke, defeating Lenda for a second. In 1998 she three-repeated, with the competition being held in Prague, in the Czech Republic. She won for the fourth time the following year.

By the end of the 1990s, there was concern among the International Federation of Bodybuilding and Fitness (IFBB) officials that female bodybuilders were becoming too muscular, which was turning off the public. As a result, judging rules include the stipulation that competitors should not be ‘too big.’

Related Post:  How To Lift A Saggy Butt? 9 Things You Should Do

In 2001, the overall title was won by Dutch pro bodybuilder Juliette Bergman. Juliette was less muscular and more athletic than previous winners. The following, however, saw the return of the massive look as American athlete Lenda Murray claimed the title, holding onto it in 2003. She was dethroned in 2004 by fellow mass monster Iris Kyle.

Iris Kyle had won the heavyweight Miss Olympia in 2001 but lost the overall title to Juliette Bergman. In 2005, the IFBB abolished the weight divisions and again tried to refocus on less muscular physiques. As a result, Iris was beaten by the much smaller Yaxeni Oriquen-Garcia from Venezuela.

The following year Iris Kyle stormed back to reclaim her title. From that point, there was no stopping her as she went on an eight-year run to become the winningest Olympia champion, both male and female, in history. After her 2014 win, Iris Kyle announced her retirement.

The Miss Olympia competition was discontinued after the 2014 competition as a result of a lack of public interest in muscular women.

In 2020 the Olympia organization was sold to promoter Jake Wood, who is a huge fan of women’s bodybuilding. He committed to bringing Miss Olympia back, which is exactly what he has done. The 2020 Miss Olympia was won by American bodybuilder Andrea Shaw. Andrea repeated in 2021 to become a two-time and current Miss Olympia champion.

Mr. Olympia was created in 1965 by Joe and Ben Weider, the founder of the International Federation of Bodybuilders. It was intended to be the top-tier competitive bodybuilding show for professional bodybuilders who had already won world titles. In other words, it would determine the best of the best.

Related Post:  How To Lift A Saggy Butt? 9 Things You Should Do

The first Mr. Olympia was held in the Brooklyn Academy of Music in New York. The winner was Larry Scott, who repeated the following year.

In 1968, a huge Cuban bodybuilder named Sergio Oliva claimed the title. His three-year run came to an end with the arrival of a young Austrian bodybuilder named Arnold Schwarzenegger. Arnold went on to establish his dynasty with six straight wins between 1970 and 1975. After a five-year retirement, he won the 7th title in 1980 under controversial circumstances.

Following Arnold’s retirement, Franco Columbu, his training partner, won in 1976. Frank Zane then went on a 3-year run. Franco won a second title in 1981, followed by a couple of one-time winners; Chris Dickerson and Samir Bannout.

After many years of being runner-up to Coleman, Jay Cutler claimed the top title in 2006, repeating the following year. In 2008 Dexter Jackson won only for Jay to reclaim his title in 2009, and hold it in 2010.

2011 saw the arrival of Phil Heath, who went on a 7-year run. In 2018, that run was brought to an end by Shawn Rhoden. However, a sexual allegation led to Rhoden being banned from defending his title. In 2019 the vacant title went to Brandon Curry. In 2020, mass monster Big Ramy won the top title. he defended it in 2021, narrowly edging out Curry and Hadi Choopan from Iran.

Related Post:  How Can A Skinny Girl Get Thicker Legs?

Miss Olympia has risen from the ashes to stand as the epitome of achievement for the female bodybuilder. There have been many notable bodybuilders who have claimed Mount Olympia, a handful of who has claimed the title of a legendary bodybuilder.

How much money does the winner of Mr and Miss Olympia get?

Is Mr. Olympia on TV?

No, Mr. Olympia is not screened on TV. However, it is live-streamed on the internet. 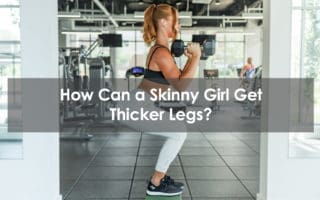 How Can A Skinny Girl Get Thicker Legs? 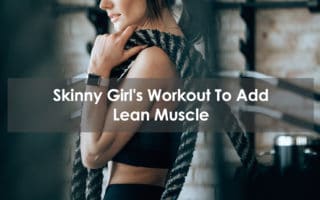 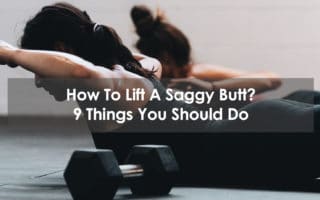 How To Lift A Saggy Butt? 9 Things You Should Do