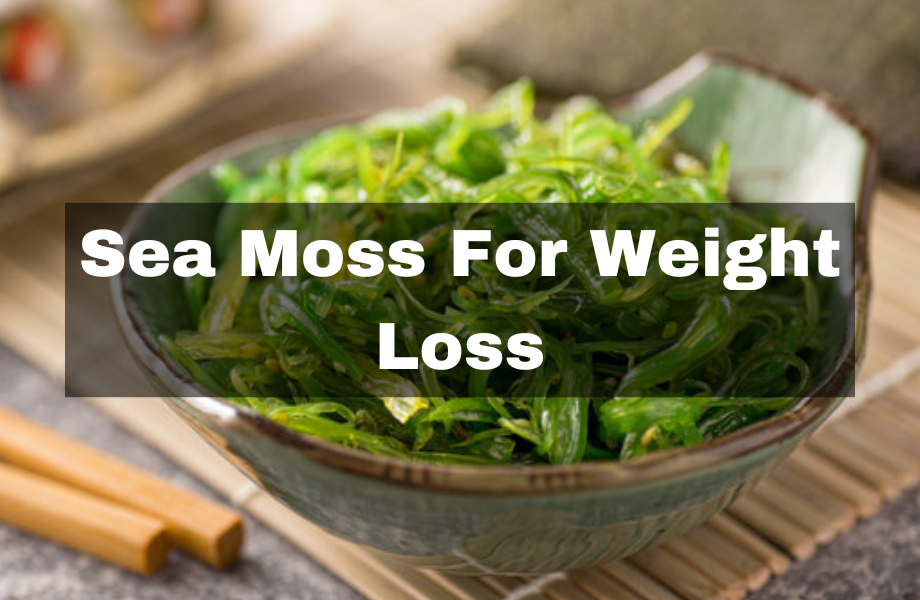 Over the last few years, a number of foods have been touted as superfoods. They are supposed to possess abilities beyond those of ‘normal foods’ to promote good health and help with weight loss. Many of these foods fail to live up to the promise.

One superfood that has stood the test of time is sea moss. It has been shown to be beneficial for such things as digestive tract improvement, thyroid function, and bone health. But it is most well known for its ability to help people lose fat and attain their ideal body weight.

In this article, we investigate the ability of sea moss to help you on your weight loss journey.

The scientific name for sea moss, a form of algae, is Chondrus crispus. North America, Northern Europe, and the Caribbean Islands are the places sea moss can be found.

Inlets and tidepools provide year-round habitats for sea moss. Depending on the growing environment and sun bleaching, sea moss can range in color from yellow to dark purple.

Sea moss has been harvested by people for millennia. When individuals would gather sea moss for its carrageenan content about 600 BC, its acknowledged medical benefits were already well established. Sea moss naturally contains carrageenan, a food-thickening ingredient.

Sea moss is often referred to as Irish sea moss. That’s because, during the Irish potato famine of the 1840s, the Irish population began eating the red algae that were growing on the rocks. As a result, “Irish sea moss” became a household name.

Carrageenan was thought to be a cold and flu remedy by the Irish. Even now, many people still swear by the health benefits of sea moss and regularly incorporate it into their meals throughout Ireland and around the world. [1]

Before we delve into the advantages of takings ea moss for weight loss, let’s consider the general health benefits of taking sea moss as a supplement.

Related Post:  18 Bodyweight Leg Exercises You Can Do Anywhere

Sea moss provides a nutrient powerhouse for the human body. It is low in the macronutrients of fat and carbohydrates while containing a decent amount of plant protein. When it comes to micronutrients, it contains a number of minerals and vitamins that people are often lacking in. These include:

Your general health and well-being are significantly influenced by a functioning thyroid. Hormone production is done by your thyroid. Your body may become unbalanced if your thyroid hormones are not producing in the right amounts.

Iodine, a crucial vitamin for healthy joints, is abundant in sea moss. Due to its iodine content, sea moss may aid in the maintenance of healthy thyroid function. [2]

The texture of sea moss resembles mucus and is similar to that of okra and aloe vera. A mucous membrane lines your digestive tract. Its inflammation can cause constipation, gastrointestinal issues, and a bacterial imbalance.

By dissolving into a gelatinous substance in your digestive system, sea moss may help your gut. This might reduce inflammation in the mucous membrane lining your intestines.

Researchers have identified four mechanisms by which sea moss may be able to help a person lose body fat mass and maintain a healthy weight level. These four methods are:

Speeding up the metabolism

Your metabolism describes all of the processes that combine to allow you to break down proteins and fats for energy. The more efficient your metabolism is, the more readily you will be able to burn calories and lose stored body fat.

Hormones produced by the thyroid are essential for the proper functioning of the thyroid. The essential mineral iodine increases the thyroid’s ability to produce these hormones. That is where sea moss comes in.

Related Post:  Calisthenics vs WeightLifting: Choose What's Best For You

Idoine is abundant in seamoss. In addition, this form of algae has substantial quantities of such amino acids as taurine, which also have metabolism-boosting properties.

Sea moss helps you to eat less food so that you can meet your low reduced calorie goal. The active ingredient carrageenan is a gel that swells in the gut. this promotes a feeling of fullness. In this way, it mimics the acts of soluble fiber to help prevent weight gain.

There is a constant battle going on in your gut between good and bad bacteria. If you have more of the good type, you will experience better digestive health. this will help you to more efficiently absorb and digest your foods. You will also be able to burn stored body fat more.

Sea moss promotes healthy gut bacteria thanks to the prebiotics that it contains. Prebiotics are plant-based fibers that probiotics feed on. These, in turn, cause an increase in good gut bacteria.

Sea moss contains a variety of minerals that boost immune system performance and reduce inflammation. As a result, wonderful anti-inflammatory, antibacterial, antiviral, and anti-aging qualities can be found in sea moss. This is largely due to sea moss’ potent antioxidant properties as well as its capacity to encourage the kidneys’ clearance of extra salt.

People who experience any kind of inflammatory illness may benefit from sea moss’ capacity to reduce inflammation. This covers a wide range of conditions, such as the common cold, heart illness, diabetes, digestive health problems, and Parkinson’s disease.

Surprisingly, research indicates that sea moss can control the flora in the digestive system and prevent the growth of salmonella-causing bacteria. According to studies, sea moss can also prevent Parkinson’s disease from progressing as quickly.

Related Post:  The Benefits Of Box Jumps: A List Of Why They Are Important To Your Fitness

When you are unwell, your body is not able to effectively burn fat for energy. So, the more powerful your immune system, the more successful you will be in your weight loss efforts. [3]

Is sea moss an effective detoxifier for the body?

Yes, sea moss is a very good detox supplement. That is thanks to its high content of minerals and antioxidants. Additionally, sea moss is good for the liver, which is the body’s main detoxifying organ.

How long before I will see results from taking sea moss?

Sea moss takes some time to build up its nutrient content in the body before it can take effect. Most people find that they feel the effects of this supplement 2-3 weeks after first taking sea moss.

What form of supplement does sea moss come in?

Sea moss is sold as a moss gel as well as moss capsules, powder, and gummy form.

Sea moss is a type of seaweed that has been promoted in recent years as a superfood. As well as helping to lose weight, this seaweed extract is also able to help with blood sugar control, improve heart health, and improve gut health. 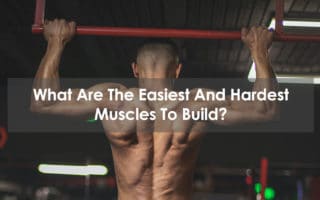 What Are The Easiest And Hardest Muscles To Build? 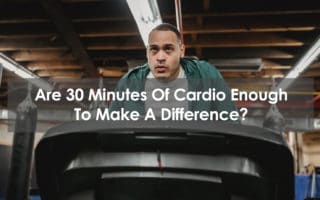 Are 30 Minutes Of Cardio Enough To Make A Difference? 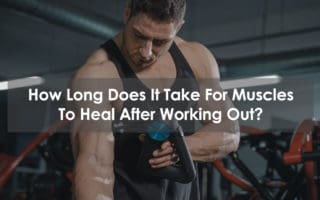