Skip to Content
Home / Nutrition / Should Beginners Take Creatine? 9 Reasons Why You Should 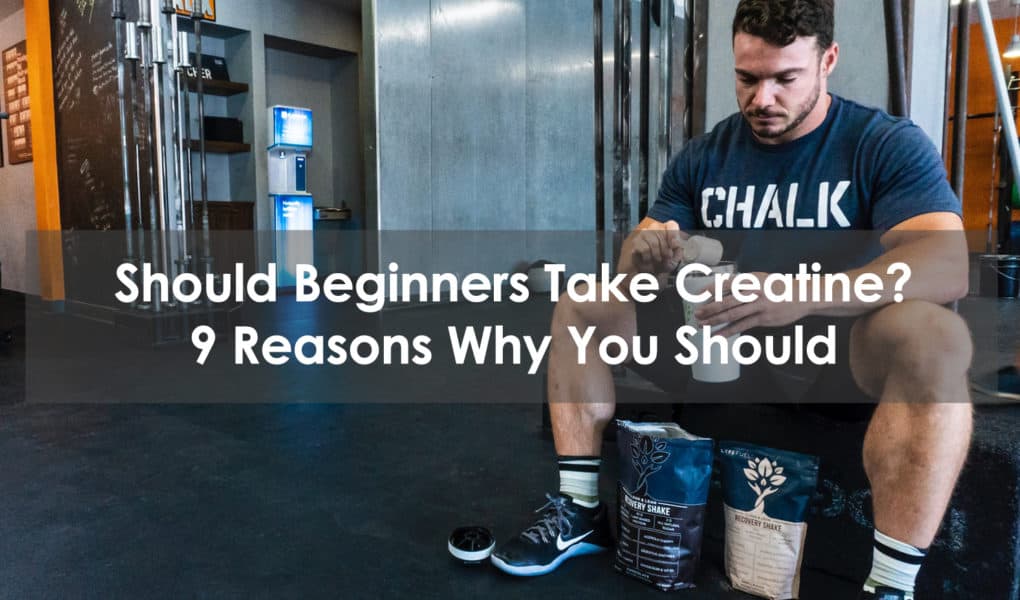 Yes, beginners should definitely take creatine. Creatine is the most researched gym supplement that exists. It will safely make you stronger, build muscle and give you more training energy, so long as you are training hard and following a balanced diet.

Here are 9 reasons why beginners should take creatine.

1. Creatine is a Safe Supplement

Hundreds of studies have shown that, so long as you stick to the recommended dose of 5 grams of creatine per day, the supplement has no negative side effects.

There are a number of misconceptions regarding the safety of creatine supplements. One of the most pervasive is that it can result in muscle cramps. There are a number of studies that disprove this claim, including a 2003 study that involved NCAA football players who supplemented with creatine over a period of three years. Over the entire three-year period, there were no reported increases in muscle cramps.

In fact, this study showed that the regularity of muscle cramps actually decreased while taking creatine supplements.

Other studies have debunked the myth that creatine supplementation will lead to impaired kidney function or harmful effects on the liver.

A 2006 study focused on the ability of creatine to influence muscle cell growth. After 8 weeks of supplementation, the study group who took creatine in conjunction with an 8-week training program had close to a 100 percent greater increase in satellite cells when compared to a placebo group.

Creatine has also been shown to bring about increases in the protein insulin-like growth factor 1(IGF-1), which is a key initiator of muscle growth and strength. A study found that weight trainers who supplemented with creatine had infinitely higher levels of IGF-1 than those who did not use creatine.

By supplementing with creatine on a daily basis, you will ensure that the levels of phosphocreatine in your muscle cells are maximized. This will allow you to quickly replenish your body’s immediate energy stores so that you can train harder for longer and improve your exercise performance.

Whether you’re a powerlifter, a bodybuilder, a sprinter, or any other athlete who relies on short bursts of energy to perform, creatine deserves to form an integral part of your supplementation program.

In addition to the huge body of research that supports the benefits of creatine as a training aid to increase exercise performance, there is also ample evidence that it boosts brain function. Studies have shown that it increases cognitive functioning and memory and may help in the treatment of a number of diseases, including Parkinson’s and Huntington’s diseases.

Creatine has been shown to improve cardiovascular efficiency and lower cholesterol levels. A 1996 study by Earnest, et. al showed that study participants who supplemented with creatine over an 8-week period dropped by an average of 20 percent in their LDL (bad) cholesterol while increasing their HDL (good) cholesterol by a similar amount. Controlling cholesterol levels will help prevent heart disease.

Related Post:  Can You Build Muscle Without Creatine? 5 Things To Do

6. Creatine is Mild Enough for Beginners

When you start working out, it’s easy to be confused by the massive array of supplements that are available. Rather than going down a rabbit warren of pre-workouts and post-workouts, many of which will be too intense for beginners, creatine provides a safer, smarter option.

You will not get any wired, unnatural reactions when you take creatine. Instead, it will provide you with completely natural energy and power surge just when you need it. As a bonus, creatine is one of the cheapest supplements on the market.

7. Creatine Has No Long-Term Side Effects

There are a large number of gym supplements that may lead to long-term negative side effects. Creatine is not one of them. Research shows, so long as you don’t exceed the recommended dose, that you can take creatine for five years with no negative effects. There is no evidence that it is unsafe to take the supplement after 5 years; researchers simply haven’t tested it beyond that length of time.

If you’re a beginner who is trying to lose weight, then creatine has added benefits for you. Maintaining low blood sugar levels is key to losing weight. There is some research that suggests that taking creatine may help you to lower blood glucose levels.

Research into the ability of creatine to lower blood glucose levels is in its infancy.

As a beginner, you are likely to need more recovery time than experienced gym-goers. But when you take creatine, you will feel less exhausted after your training. Your muscle cells will also have a recovery advantage. That means that you’ll be able to get back into the gym sooner.

Creatine is the single best supplement for beginners to take for optimal benefits from their gym time. It is completely safe and extremely effective in terms of making you stronger and giving you more training energy.

By supplementing with creatine, performing high-intensity training in the gym, and following a proper diet, you will be able to get those extra couple of reps at the end of your set that makes all the difference.

No, creatine loading is not necessary. Loading involves taking 20 grams per day for a 5- to 7-day loading phase and then tapering down to a maintenance phase of 5 grams per day.

This is believed by some to saturate the muscle faster and bring quicker results. However, research shows that there is no benefit to a creatine loading phase.

What is the most popular form of creatine?

Creatine monohydrate is the original and most popular of all the forms of creatine. Monohydrate is pure creatine with nothing added to it and no changes made to the molecular structure of the creatine.

Creatine monohydrate is the form that has been used in the vast majority of research studies. Monohydrate is also the cheapest form of creatine on the market.

How do you dissolve creatine?

Creatine powder dissolves easily in water. Simply add 5 grams of creatine to a glass of water and stir vigorously with a spoon until it is fully dissolved. 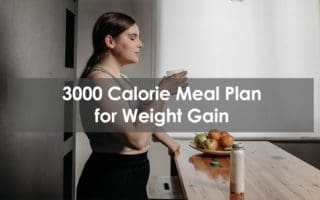 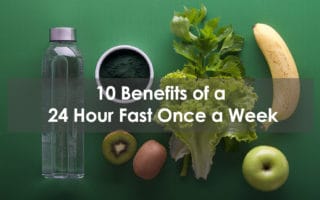 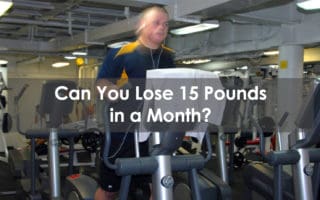 Can You Lose 15 Pounds in a Month?