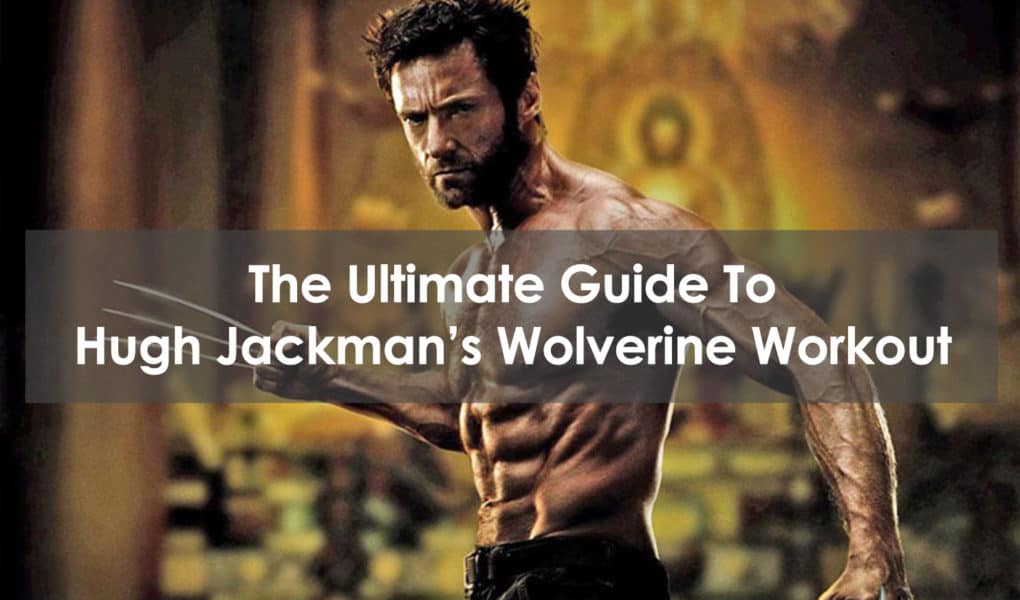 In 2013, Aussie actor Hugh Jackman shocked the world with his amazing transformation to play the title role in the movie Wolverine. For the 5 months prior to the start of shooting, Jackman followed a body transformation program that has come to be known as the Wolverine program.

In this article, I’ll detail exactly what the actor did to pack on solid muscle mass to develop his Wolverine body.

Kingsbury had Hugh Jackman working out six days per week for a period of 5 months. The actor is 6’2″ tall and was in pretty good shape at the start of the training, having just come off a Broadway run playing the lead role in Les Miserables.

The strength training workouts involved heavy weights and compound exercises. Cardio was used to control Hugh’s body fat levels and was adjusted according to his body fat percentages. A range of cardio types was used with the focus being on high-intensity interval training.

Although Hugh Jackman had done some weight lifting before, he had not followed a workout plan that was built around heavy weights and low reps. In this program, he found himself going extremely heavy with sets of 5 reps or less. This was designed to increase myofibril hypertrophy.

Related Post:  The 4 Day Split Workout: The Best Routine for All Fitness Goals

Kingsbury divided up the training plan into 4-week training blocks. On each succeeding block, the goal was to have an increase in strength by 10-15 percent. After a warm-up set, Jackman would lift 60-90% of his one-rep maximum lifts to failure. That usually saw him doing reps in the 3-5 range.

Here’s an example of the sort of weight that Hugh Jackman was using on the bench press.

Each day’s workout consisted of the primary compound exercise along with 3 or 4 supplementary exercises such as the dumbbell shoulder press, the incline barbell bench press, dumbbell bench press, behind the neck press, curl and press downs.

I’m getting ready for the 24 hour row to support mental fitness.
This one is happening October 30 & 31 in Australia but you can participate from anywhere in the world just as I’m doing. For more information, go to @Gotcha_4_Life or @SLSAustralia. Wakey wakey @GusWorland. pic.twitter.com/UpGmGrRwhp

Hugh Jackman did cardiovascular training workouts as needed in order to control his body fat levels. Rather than low-impact cardio, he concentrated on high-intensity workouts that were short and sharp, with 15-minute HIIT cardio being his favorite. He would use such cardio machines as the treadmill, rowing machine, and stair stepper.

Once in the starting position, Hugh began with a two-minute warm-up on the rower. From a minute thirty, he increased his rowing speed until, at two minutes, he was rowing at full intensity.

He would continue sprinting at full speed for 20 seconds. Then he would pause for 10 seconds. This pattern would be repeated for ten rounds.

This cardio routine would conclude with a two-minute warm down. Hugh preferred to do afternoon cardio workout sessions.

The Hugh Jackman Wolverine workout program worked in conjunction with the diet plan that Kingsbury worked out for Hugh. This was built around intermittent fasting, which has been shown to be an excellent way to strip off body fat while also promoting the body’s release of muscle growth hormones such as human growth hormone (Hgh).

The intermittent fasting program that Hugh followed is known as the 16:8 method. This involves dividing the 24 hour day into 16 hours of fasting and 8 hours of eating. For Hugh, this meant that he would stop eating at 7 pm each night and not eat again until 11 am the following day.

On his training days, Hugh also increased his overall calorie intake. The focus was on lean proteins to provide his worked muscles with the amino acids that they needed to get bigger and stronger.

The training plan that I’ve just detailed is the exact method that Hugh Jackman used to get in the best shape of his life to play Wolverine. If you want to get pack on sold muscle mass, get stronger and lean out, it is a training program that you should seriously consider following. Be sure to include the intermittent fasting, cardio, and carb cycling elements as well as the strength training workouts for optimum results.

What was Hugh Jackman’s weight and body fat percentage for Wolverine?

Hugh, who stands at 6’2″, bulked up to 195 pounds at a body fat percentage of 10 percent for the movie role. He also made impressive gains in strength and packed on about 15 pounds of lean muscle mass. 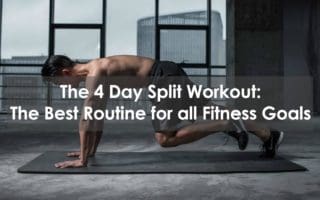 The 4 Day Split Workout: The Best Routine for All Fitness Goals 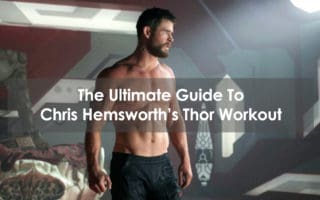