Skip to Content
Home / Nutrition / How Long Should I Take Creatine? What You Should Know 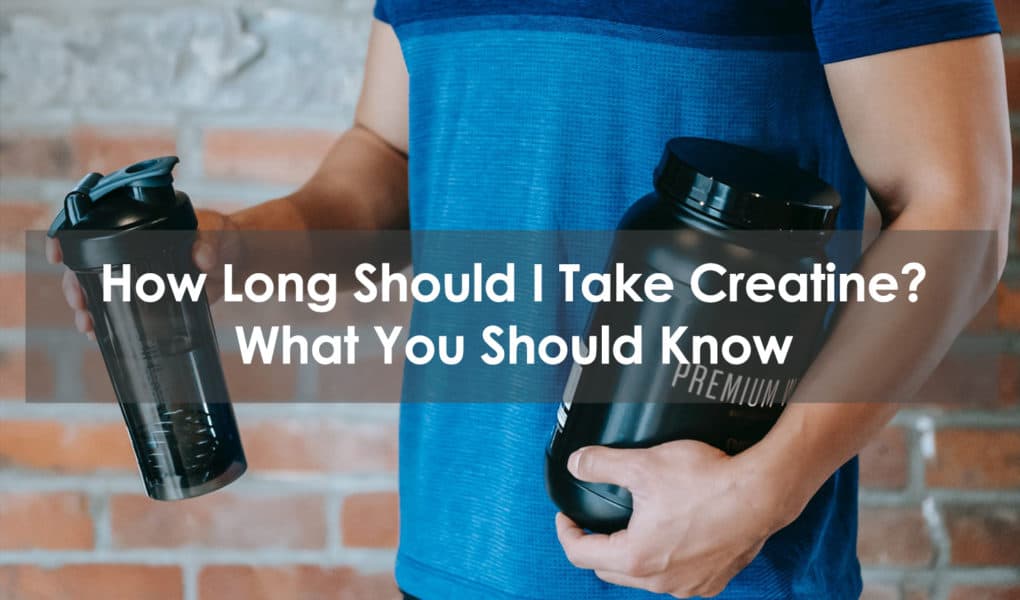 Clinical studies show that you can take creatine for 5 years without any harmful side effects. There are no studies beyond that point but nothing indicates that long-term creatine use is unsafe.

Creatine Monohydrate: What  Is It?

Creatine is a compound that is formed in the human body from three amino acids; methionine, glycine, and arginine. We have about 120 grams of muscle creatine stored in our bodies in the form of creatine phosphate. Creatine muscle stores help the body generate energy in the form of Adenosine Triphosphate (ATP).

The ability to recharge ATP to increase muscle creatine levels makes supplementing with creatine a great way for athletes, especially those involved in short term explosive training, such as weightlifting and sprinting, to enhance their muscle strength, weight gain, lean body mass, explosive power, and performance by infusing their muscles with creatine.

You can get creatine through seafood like herring and salmon, though only in small quantities. You would have to eat a massive amount of these foods to get the same creatine intake as you would with a one 5 gram dose of creatine supplementation.

Creatine supplements are available in the following forms:

Creatine monohydrate is by far the most popular form of the supplement. Most of the observed athletic and general health benefits in research studies are in the context of monohydrate supplementation.

Creatine monohydrate combines one creatine molecule with one water molecule.

Creatine Ethyl Ester is a variant form that may absorb more quickly. However, in one study that directly compared creatine ethyl ester with creatine monohydrate, ethyl ester was not as good at boosting blood creatine content.

Creatine Hydrochloride has become popular because of its claimed enhanced solubility. However, there has to date been no study directly comparing the solubility of the hydrochloride with monohydrate in humans.

The primary positive impact of creatine supplementation is that it will allow for more sustained ATP energy production. In one study, supplementing with creatine monohydrate was seen to improve high-intensity exercise performance by up to 15%.

Supplemental creatine has also been shown to enhance the creation of proteins to repair and rebuild muscle tissue.

Creatine has been seen to increase the body’s natural production of a hormone called insulin-like growth factor 1 (IGF-1), which is part of the muscle-building process. It leads to an increase in muscular strength, greater muscle mass, and improved performance.

Beyond its role in enhancing athletic performance, supplemental creatine may help to improve brain health and improve cognitive performance. It may also reduce the symptoms of Parkinson’s Disease by raising dopamine levels in the brain. It may also help to fight against neurological diseases and brain disorders that are characterized by low levels of phosphocreatine in the brain.

There is also research to suggest that supplementing with creatine monohydrate may reduce blood glucose levels to lower the risk of type 2 diabetes.

Creatine is the most studied dietary supplement on the market. A study conducted by the world-famous Mayo Clinic showed that you can safely take creatine for five years without any problems. Of course, if you fail to follow the recommended dosage guideline, you may suffer side effects.

The recommended daily intake dosage is 5 grams of creatine per day. If you exceed that dosage you may suffer some minor side effects. These may include stomach pain, gas, diarrhea, headaches, dehydration, and muscle cramping.

You will not experience these problems if you stick to the recommended dosage of creatine. This is a compound that is made naturally by the human body, so you are not taking anything artificial when you supplement with it. Creatine is, in fact, among the safest supplements that you can take.

There has been a lot of debate regarding whether you need to load creatine into your system. When creatine was first introduced, it was recommended to load with 20 grams per day for 5-7 days before reducing to a maintenance daily dose of 5 grams.

It was thought that this muscle creatine saturation would bring greater muscle gain. However, a lot of people experienced gastrointestinal distress and had impaired kidney function.

Research tends to support the contention that a loading phase does not provide benefits over a non-loading dosage protocol.

The recommended dosage of creatine monohydrate is 5 grams per day. The research suggests that time of day does not affect the uptake of creatine into the system. However, many people prefer to take it after their workout when their muscle cells are in a catabolic state and hungry for nutrients.

We suggest experimenting with your intake of creatine, taking it first thing in the morning as well as before and after your workout to see which works best for you.

Creatine is one of the safest, most researched, and most popular supplements that exist. The effects of creatine supplementation are well established. So long as you stick to the recommended doses of creatine at 5 grams per day, you can safely take it for 5 years without any long-term effects.

Creatine loading and cycling have been shown by research not to be necessary for maximum benefits.  So, continuous creatine intake of up to 5 years is perfectly safe as suggested by research studies.

Related Post:  Body Recomposition Meal Plan: How to Get Started

How do I choose the best creatine supplement?

When it comes to buying creatine, look for a product that contains nothing but 100% pure creatine monohydrate which is the best of all the forms of creatine. Creatine monohydrate can be purchased in capsule, powder, and liquid form. Of the three, the liquid form will be digested into the system more rapidly.

However, liquid creatine, known as creatine serum, is far more expensive than the other two versions and there have been no studies showing that faster absorption will produce greater results.

The form of supplement that you choose is a matter of personal preference and convenience. To get the best value, check the per grams of creatine monohydrate.

Is creatine phosphate better than creatine monohydrate or creatine nitrate?

What is a creatine cycle?

However, research shows that having a break from creatine will not give you added benefits. As a result, there is no reason you should be following a creatine cycle if you are sticking to the recommended daily maintenance dose. 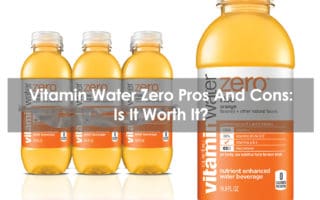 Vitamin Water Zero Pros And Cons: Is It Worth It? 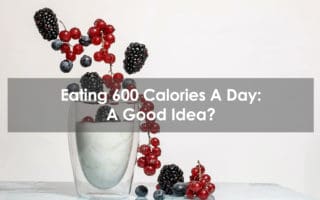 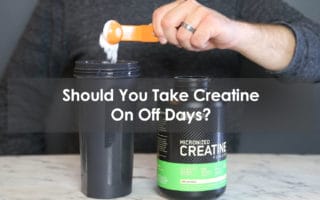 Should You Take Creatine On Off Days