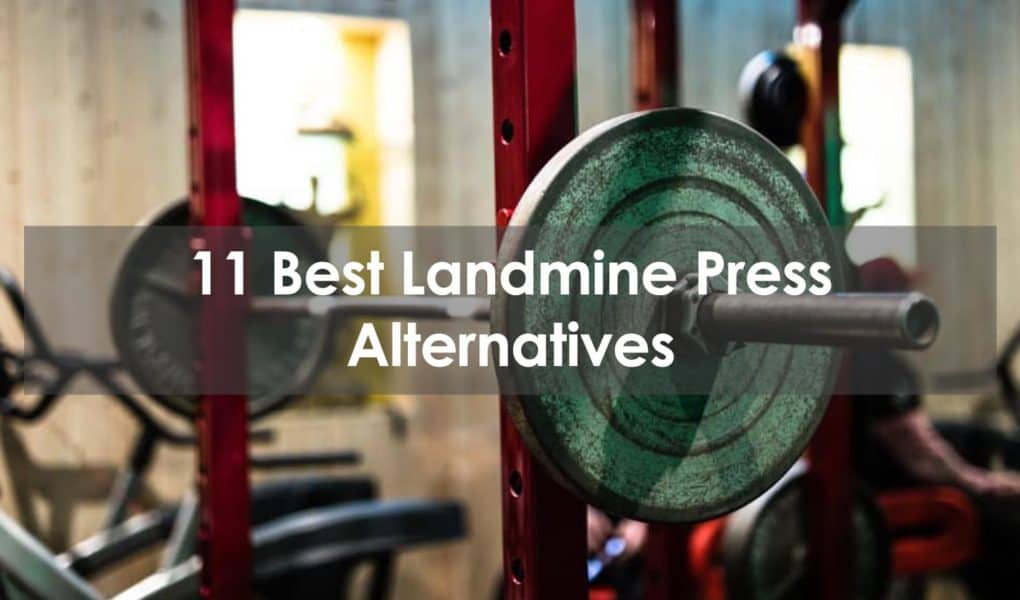 The landmine exercise as a whole is one of the most effective and efficient setups in the gym.  With only one barbell, a trainee can train a huge variety of exercises while seamlessly moving from one exercise to the other.  One of these exercises is the landmine press, a favorite accessory movement for upper body pushing exercises.

Benefits Of The Landmine Press

When talking about the “landmine press”, that could really mean quite a few different exercises.  The first variation comes from performing the movement kneeling or standing.  The standing position will require more core stability while the kneeling position will allow you to use a heavier load.  The second variation comes from using both arms or a single arm.  One arm will create more activation to the core and stability muscles due to the unilateral motion while two hands allow heavier weight.

Therefore, that’s four different variations for just the “landmine press”.  However, there are also “landmine punches” and “landmine throws” which are further variations that work the same muscles with a bit different activation

A landmine press provides a neutral grip which many trainees may find more comfortable when performing pressing exercises.  Using a barbell for overhead pressing can cause excessive torque on the wrist, especially when starting to use heavier loads.   In addition, some trainees have mobility issues with their shoulders that make it more difficult to press using a pronated grip.   These issues rarely come up, if ever, when using a landmine exercise due to the neutral grip.

Landmine exercises in general are fairly simple when compared with regular free weight exercises.  This is because it lays somewhere in the middle of a machine and is free weight.  The landmine exercise still requires the trainees to stabilize the bar as there is free movement.  However, the trajectory path of the bar is somewhat fixed meaning if you stabilize the bar, all you must worry about is pushing the barbell.

Muscles Trained With The Landmine Press

The landmine press is an upper-body pushing exercise.  This means there are going to be three primary muscles that are being trained:

1) Pectorals (Chest):  The pectorals are the largest muscles on the anterior portion of the upper body.

3) Triceps:  The triceps sit on the posterior upper arm and are the main extensor muscles of the elbow

The Best 11 Alternative Exercises To The Landmine Press

While the landmine is an awesome movement, you want to have some great alternatives to do as well.  Maybe you just want some variety or perhaps you are unable to set up a landmine in your facility.  No worries, here are the best alternative exercises to perform for strength and hypertrophy of the delts, chest, and triceps.

The multi-grip bar is an amazing bar as it allows a huge variety of handles.  What makes it most unique is the ability to perform regular movements with a neutral grip.  This makes it a great tool for overhead pressing.  One problem that may exist is that some trainees will find it too bulky to perform a traditional overhead press.  However, you can perform a pin press.  This merely involves pressing the bar directly off pins.  Set the pins to the desired height and rack the bar.  Now, just press straight out of the rack.

The multi-grip bar is back for some bench press action.  This movement is performed in the same exact manner as a bench press except using the multi-grip bar.  You will likely find that you are able to use a few of the grips and in reality, either is ok.  Keep in mind that the closer grip you use will result in more elbow flexion and tricep activation.  You can also perform pin presses with a bench as well.

The Z-Press is one of the best-kept secrets of the strength world.  It is commonly used by powerlifters, strongmen, and Olympic lifters.  It is basically an overhead press done sitting down…on the ground.  The trainees will sit with their butt on the ground and their legs straight out in front.  This increases the activation of your core significantly.  More so, it will increase your mobility while also taking out any form of leg drive.  These are hard but deliver fast results.  That being said, start light…

This version of the overhead press is simply done by kneeling on one knee while using dumbbells to press.  This allows the movement to have a similar stimulus to doing a kneeling landmine press.  As mentioned, this movement usually uses dumbbells rather than a barbell due to the difficulty of unracking the bar.  You are also able to use a neutral grip while pressing, further simulating a landmine press.

This cable crossover exercise is surprisingly difficult.  This is due to the increased activation needed to stabilize the pulley.  This is a unilateral exercise meaning you will perform one arm at a time.  The trainee will do a single-arm press by pressing up at an angle to mimic the same line of movement of the landmine press.  When setting up the pulley, be sure to set its location about 1/3 of the way down your back.  You may need to play with the height to find a comfortable height.

This is a surprisingly easy exercise yet surprisingly effective exercise.  It involved pushing a sled but doing so while keeping your arms extended on the posts (or whatever you push on for your specific sled).  By doing so, you are causing an isometric contraction in your triceps and shoulders as they must take the force without collapsing.  Not only does this variation kill your shoulders, but you’ll also get in the metabolic conditioning of sled work.

Similar to above, but harder.  For this exercise, you will need to have some form of straps.  Something like these from Spud Inc. works great.  Unlike normal sled pulls where you face the sled and use your back muscles to pull, you will be facing away from the sled and pushing onto the strap handles by keeping your arms extended.  These are very difficult as you will need significant activation in the deltoids for stabilization.  Again, this will utilize an isometric contraction but they are extremely effective.

This movement is set up exactly as above.  However, you will now perform an actual pressing motion with the straps rather than a constant push with arms extended.  After set-up, you will press your arms out similar to a landmine press.  Then, you will take a few steps forward and do it again.  Again, there is a significant increase in the deltoids due to the instability of the straps.

The incline bench press should already be a staple in your workout program.  However, it’s also a great alternative to the landmine press.  This is because the angle in which your pressing is in a very similar trajectory path; coming up from your chest an angle.  One benefit the incline bench press has is that you are able to use heavier loads compared to many of the other exercises on this list.

The decline push-up is a great landmine alternative as you can perform it during home workouts.  It is performed by placing your feet up on a ledge and having your hands on the ground.  This puts you in a similar position as the incline bench press, except upside-down.  In fact, it’s basically the bodyweight version of the incline bench press.  This means that it will work the muscles in a very similar manner.

Wall balls suck.  But they’re also effective.  Because you are throwing the ball up onto the wall, you are able to train a similar movement pattern as the landmine press.  You have a few choices with this exercise.  Usually, wall balls are used with high reps as a metabolic conditioning exercise.  There’s nothing wrong with this.  However, you can also use a heavier ball and work on power production.  Better yet, just do both!

How To Program These Landmine Alternative Exercises

Just like any other exercise would.  Remember that if you want to train for hypertrophy, you should use reps in the 8-12+ range.  Better strength adaptations will come from loads that allow 4-6 reps.

There are 11 different landmine alternatives listed.  You obviously don’t need to use all of them, nor should you.  Your best progress will come from gradually alternating your exercises over time.  This will allow a slightly different stimulus which is what’s needed for constant progression.

That’s All You Need For Some Powerful Delts, Pecs, And Tris!

This is more than enough to supplement traditional landmine exercises.  Perform these in a proper program with progressive overload and you’ll sure to grow some huge pushing muscles!

What exercises can you do with a landmine?

A lot.  You can do a complete body workout by only using the landmine.  It is an extremely versatile piece of equipment.  A non-exhaustive list of exercises include:
Landmine squat
Landmine sumo deadlift
Landmine lunge
Landmine one-arm row
Landmine row
Landmine woodchopper
Landmine chest press

How heavy is a landmine bar?

A landmine uses a typical barbell.  These usually weigh 45lbs or some gyms may have a woman’s bar which weighs 35lbs.

Yes.  It is equivalent to an incline press so it will hit the upper chest, deltoids, and triceps.  However, because the hands are more medial (closer together in the middle) it may actually activate the upper chest more so than the incline bench. 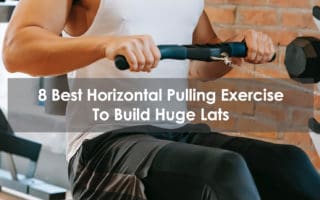 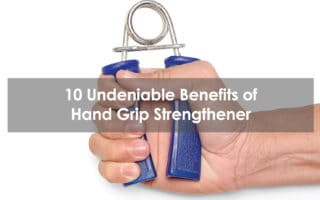 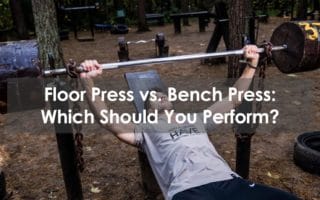 Floor Press vs. Bench Press: Which Should You Perform?